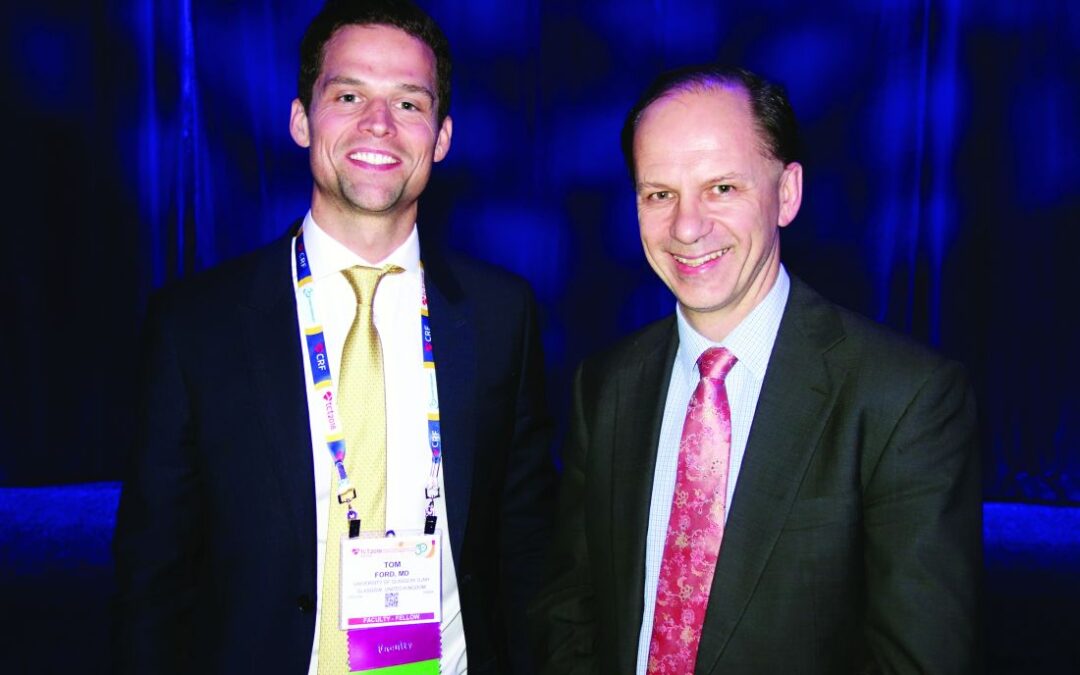 But some experts caution that these tests are very invasive.

“This is the first randomized, sham-controlled trial of a diagnostic strategy in angina and nonobstructive CAD,” and it showed that “adjunctive testing is feasible,” Thomas J. Ford, MBChB, University of Glasgow, Scotland, said here at Transcatheter Cardiovascular Therapeutics 2018.

The added testing “led to changes in physician diagnoses in half of the cases” and, “most importantly, stratified therapy guided by the results of these…tests improved the health of our patients at 6 months.”

“Microvascular angina and vasospastic angina are treated quite differently,” Ford explained to theheart.org | Medscape Cardiology. “In standard care, we almost never diagnose vasospastic angina, so these patients are going away without a diagnosis.”

Yet “almost one in five of our patients had vasospastic angina and one-half had microvascular angina,” he noted.

The study, simultaneously published online in the Journal of the American College of Cardiology, used coronary flow reserve (CFR) and index of microvascular resistance (IMR) values to diagnose microvascular angina and results of a stress test with acetylcholine injection to diagnose vasospastic angina.

“I want everybody to realize this is a challenging field,” panelist Morton J. Kern, MD, University of California, Irvine, Long Beach, said at the late-breaking trial session.

“If anybody has been in the lab” and seen a patient who received acetylcholine and had a strong reaction, “you don’t want to test very often, because the response is enough to give the operator chest pain as well.”

According to Kern, “I think we should look forward to the day when we have better testing tools.”

At referral centers such as theirs, “we do see patients who have gone from physician to physician and have had multiple procedures…and we do these investigations in those patients. I think this trial really supports that.”

However, not all centers are equipped to do these tests, he cautioned, and “to the best of my knowledge, [these tests] have not been shown to prevent heart attacks or save lives, but if they could actually reduce symptoms, that would be a good thing for our patients.”

About a third of invasive coronary angiograms done in patients with angina do not reveal any blockages that can be treated with drugs, a stent, or bypass surgery, the authors explain. Patients may have symptoms due to narrowing of microvessels that are too small to be seen on an angiogram.

In 2016 and 2017, the investigators enrolled 1400 patients with angina referred for invasive coronary angiogram at two large regional hospitals in Western Scotland. Of these, 151 patients with no obstructive CAD were randomly assigned to a diagnostic procedure and stratified medical therapy according to results or to a sham procedure where results were not disclosed and standard care.

All patients had the interventional diagnostic procedure (IDP) as part of their coronary angiography test. The IDP involved passing a pressure wire via a guiding catheter, typically into the left anterior descending coronary artery, to assess CFR, IMR, and fractional flow reserve during intravenous infusion of adenosine (140 μg/kg per min). Incremental concentrations of acetylcholine were then sequentially infused during 2-minute periods, followed by vasospasm provocation.

The patients had a mean age of 61, about three-quarters were women, and they had a 19% risk of having a cardiovascular event within 10 years.

At baseline, more patients in the intervention group than in the control group were diagnosed with definite angina (73% vs 55%). Patients in both groups had a high mean Seattle Angina Questionnaire (SAQ) summary score (52 vs 49, respectively), indicating severe symptoms.

The patients were treated in accordance with European Society of Cardiology guidelines, Ford explained. These recommend that patients with microvascular disease receive a beta blocker, but nitrate is contraindicated; in contrast, patients with vasospastic angina should receive a calcium-channel blocker with or without nitrates.

At 6 months, the average improvement in total SAQ score – the study’s primary outcome — was 11.7 units higher among patients in the intervention group than those in the control group (P = .001).

A higher percentage of treating physicians in the intervention group than in the control group were certain of their diagnosis of microvascular angina or vasospastic angina (83% vs 18%; P < .001), and they were also more likely to change the patient’s angina therapy (87% vs 30%; P < .001).

There were no serious adverse events; 5% of patients had self-limiting atrial fibrillation, and bradycardia during acetylcholine testing was transient.

The data do not explain exactly why patients in the intervention group could walk further before they had angina symptoms, or why they had fewer episodes, Ford said.

But “first, we’ve given them a diagnosis; they have an explanation of the symptoms. That’s why they came to us in the first place — ‘Why am I having chest pain?’ — It’s worrying.”

“The other thing is we’ve tailored the therapy, so we’re treating a specific disorder.”

The researchers plan to do a larger multicenter trial to investigate this further.